Zeeland immigration to the United States and Canada

Many Zeelanders in the 19th and 20th century left their country for both religious and economic reasons. A lot of emigrants settled in the United States. This search guide provides sources for doing research on emigrants to both the United States and Canada.

Relatively many Zeeland residents migrated in the 19th century: between 1831 and 1877 13,000 Zeelanders, or 21 percent of all Dutch emigrants. Although the number fell thereafter, up to 1920 an average of around 600 people left each year. So there is a chance that you will come across an emigrant in your family.

The emigration of people to North America (United States and Canada) is easy to follow for a large part of the 19th and 20th centuries thanks to various available registrations:

As the purpose of the registration differed at each stage, different data were recorded each time. By combining these, a detailed picture can be created of the emigrant’s journey.

In the population register of a municipality you will find the date of departure of a resident and the destination. The official at the secretary was dependent on the declaration of the person in question. If the emigrant reported his departure himself, the recorded data can be fairly reliable. However, the registered departure date can also be the date of deregistration. You can find tips for research in the “Population registers” search guide.

The population registers are managed by the municipalities and by no means all of them are available online. Hence the data of emigrants from the population registers for certain periods and regions have already been collected and bundled into separate publications. All names from these publications are included in the database Zeeland Ancestors (Zeeuwen Gezocht). The detail of the information can sometimes vary. An overview of these edits, with their backgrounds, can be found on the page about the source Emigrant in the database Zeeland Ancestors (Zeeuwen Gezocht). 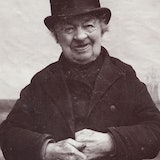 Search directly for emigrants from population registers (and states of emigrants) in Zeeland Ancestors, the database of the Zeeland Archives.

Whereas the population register provides insight into the composition of the departing family, the states of emigrants only state the name of the head of the household and the number of people he left with.

From 1847 every municipality had to make a list of all emigrants who had left in that year, the so-called “Staat van landverhuizers”. The municipality used the data from the population register for this purpose. The lists were sent to the Provincial Administration, which sent a total list to the Minister of the Interior.

In addition, a list was reconstructed in Zeeland in 1847 of everyone who had already emigrated. The oldest data in it date from 1839. From 1901, the province no longer had the obligation to compile a summary.

The “Staten van landverhuizers” are in the archive of the Provincial Government of Zeeland. The lists, with index on personal names, have been included in copy form in the Genealogical Collection Collection (Verzameling Genealogische Afschriften) number 810.

A much less complete series of provincial summaries of emigrants is present in the National Archive in The Hague. Here, the lists submitted by the Province of Zeeland for the period 1848-1877 are available on microfiche with an index on the states of all provinces.

Moreover, the data from the lists of emigrants for the period 1835-1880 of all Dutch provinces were published in alphabetical order by the American professor R.P. Swierenga. This publication is available in the larger Dutch national libraries, the CBG and in copy in the reading room of the Zeeland Archives in the Genealogical Collection (Verzameling Genealogische Afschriften) number 813.

The municipal lists of emigrants, including those from after 1900 (when no more provincial overviews were made), are in principle in the archives of the municipalities, usually as an annex to the outgoing letter to the province, from 1919 to the CBS.

In the database Zeeland Ancestors (Zeeuwen Gezocht), each departing head of household includes: place and year of deregistration, occupation, age, religious affiliation, with whom he left (wife and/or children), probable reason for departure and place of destination.

Persons on lists of emigrants

Immediately search for emigrants from the list of migrants (and population registers) in Zeeland Ancestors, the person search engine of the Zeeland Archives.

The scans of summaries of emigrants for the period 1845-1877 can be consulted on FamilySearch. First search the index via Genver.

Scans of summaries of emigrants

Search by personal name in the Genver index to find the emigrant on the scans of on FamilySearch.

The booking registers of a shipping company provide information about the booking of the trip and the stay at the port.

The emigrant made his journey to the New World by ship. Initially, emigrants travelled with ships that occasionally sailed from Rotterdam or a foreign port. Only with the founding of the Holland America Line (HAL) did a direct steam connection between Rotterdam and New York start from 1872. From around 1880, most Zeelanders traveled with a ship from the HAL to America. Residents from the southern part of Zeeland, Zeeuws-Vlaanderen (Zeeland Flanders) more often left from Antwerp, especially with the Red Star Line, which maintained a service to New York between 1872 and 1934.

From Antwerp only a passenger register from 1855 is known, which contains the names of all persons who emigrated via the port of Antwerp. The register is kept in the Antwerp State Archives and is provided with an index.

Upon arrival at a US or Canadian port, the captain of a ship had to present a passenger list to customs. The majority of these lists have been preserved, resulting in an almost complete registration of all emigrants. The ship’s passenger lists have an important advantage over the states of emigrants. In the latter, only heads of families and single persons were mentioned, while the ship’s passenger lists contained the personal data of all family members, including women and children. The registration began in 1820 and existed well into the 20th century.

The ship’s passenger lists are known as the “U.S. Customs ship passenger manifests ’. They are kept at the National Archives and Records Administration (NARA) in Washington, DC, and the National Archives of Canada in Ottawa, Ontario. For the most part they are available for viewing on microfilm. The lists are mainly arranged chronologically per port. It is therefore necessary to know the port of arrival, the date of arrival and the name of the ship before an investigation into this huge stock can produce results.

The biographical data of 57,000 Dutch people who arrived in an American port between 1820 and 1880 or in Quebec from 1865 have been published by Swierenga. This publication is available in the larger national libraries, the MEB and in copy in the reading room of the Zeeland Archives, Collection Genealogisch Afschriften (Verzameling Genealogisch Afschriften) number 814.

Initially, newcomers entered the U.S. through the Castle Garden immigration center, New York. The emigrants who entered the country here in the period 1820-1892 can be found in the database of the organization Castle Garden Inc., New York. The data comes from the National Archives & Records Administration (NARA) in Washington. The database contains more than 11 million names of migrants.

Search for Zeeland emigrants in the database of Castle Garden, New York, the first US immigrant center.

The emigrants who traveled via Ellis Island in the years 1892-1957 can be found in the passenger database of the American Family Immigration History Center (AFIHC) on Ellis Island. This database contains the names of more than 51 million migrants, passengers and crew members from the ship’s passenger lists.

Search for Zeeland emigrants in the database of Ellis Island, New York.

Other databases with ship’s passenger lists

Varying ship passenger lists can be found on the websites of GeneaKnowHow and Ancestry.

The GeneaKnowHow website offers digital source edits from the Netherlands and Belgium.

Once the emigrants had begun a new life in the United States, they were, of course, included in the ten-year census or “census schedules”. The censuses have been held since 1790, but thanks to the more extensive questionnaires, especially those from 1860 onwards, they are very informative. Recorded data include name, age, parents, prosperity, occupation and marital status.

The forms of the 1850, 1860, 1870, 1880, 1900 and 1910 censuses, as well as the ship’s passenger lists, are kept at the National Archives and Records Administration (NARA) in Washington, DC, and can be viewed on microfilm at various places in America. Indexes have been created for the forms.

Swierenga has also produced a source publication for this registration. From the census records of 1850, 1860 and 1870 of all counties with at least fifty Americans born in the Netherlands or descended from the Dutch, the biographical details of them were published in three parts. This publication is available in the larger national libraries, the CBS and in copy in the reading room of the Zeeland Archives, Genealogical Afschrift (Genealogische Afschriften) number 815.

Example We follow the trail of 35-year-old Cornelis Hoebeke.

In the Staten van Landverhuizers we only see the name of Cornelis Hoebeke as head of the family. The reason for departure is “hope for a better life”. The Hoebeke family is registered as “mingegoed” or poor. (Zeeland Archives, Genealogical Afschrift 810).

We come across C. Hoebeke in the ship’s passenger lists: 35 years old. He left Antwerp on July 16, 1866 with the ship Agnes to New York (Genealogical Afschrift 814/1).

To find out where he has settled in the United States, we look at the list of censuses. We come across the name of Cornelius Hoebeke in the year 1870. He and his family settled in Michigan (Newaygo, Sheridan). He is now 38 years old and working as a “farmer” (Genealogical Afschrift 815/1).

From the aforementioned registrations, we learn little about the motives and experiences of the emigrants. The columns “class of goodness”, “class in which one was hit in the roll-call cover” and “probable reasons of departure” can give a small indication in the lists of emigrants.

Personal experiences of emigrants can be found from notes or journals that they kept or letters that they wrote to those who stayed behind. Of course, they are not only interesting for the persons in question, but also as comparative material, certainly if it concerns someone who left the same region during a comparable period. Various of these personal papers are kept on both sides of the ocean in publicly accessible collections.

The Roosevelt Institute for American Studies (RIAS), till 2017 the Roosevelt Study Center (RSC), in Middelburg, a scientific institute for research into the history of the United States in the 20th century, has a CD-ROM with genealogical files about Dutch people who immigrated to the United States in the 19th century, a collection of books about the locations and documentation about emigration to America in the 20th century, and especially to Canada. The RIAS website offers research links. The RIAS can also make suggestions for research in America.

The CBS website is a good starting point for a search for emigrants via the internet, but targeted searches in international search engines can also offer unexpected hits.