Everybody is deeply touched by the story of Sjef van Dongen. An average boy who does something heroic at Spitsbergen; Sjef becomes a role model to many. His popularity in the Netherlands during the interbellum period remains unequalled.

After his return to the Netherlands, Sjef van Dongen became the center of attention. Everyone wants to hear more about his happy fellow and his adventurous stories.

Soon after his return, Sjef van Dongen started giving lectures. He told stories about his attempt to save aviation pioneer Nobile, in addition to stories about his life on Spitsbergen. In addition to his story, he showed slides as well; he always carried a projector and glass plate negatives with him on this travels through the country.

The occasion of one of his first lectures was per special request by Rika Hopper, founder of the Rika Hopper theater in Amsterdam. The theater didn’t wait until Van Dongen’s return to the Netherlands, and immediately approached his employer instead. Early October, Sjef van Dongen finally managed to visit the Rika Hopper theater. Even in the country’s capital, he was welcomed as a true hero.

Frans Schiphorst, editor of the catholic illustrated magazine “Het Leven”, realized that Sjef van Dongen’s story could charm a large audience. This prompted him not to wait until van Dongen would return to the Netherlands. Instead he decided to meet Van Dongen half way. In Bergen, Schiphorst woke van Dongen up early in the morning and afterwards the pair would continue to travel together for the remainder of the journey. This gave Schiphorst enough time to extensively explain his plans. Sjef van Dongen shared in his enthausiasm and managed to publish his first book entitled “Five years amongst ice and snow” (‘Vijf jaar in ijs en sneeuw’) before the winter holidays in December 1928. In the following year, a edition for children would be published.

The book sales must have stimulated the popularity and consequently also the amount of Van Dongen’s lectures. While similarly, the lectures must have contributed to the increase in demand with regard to his books.

The “Sjef van Dongen March” revives the atmosphere of the 20’s. The ‘TY Zeeuws Kamerorkest’ played the piece and consequently recorded the music upon request by the Zeeland Archives. The “Sjef van Dongen March” was edited by Christian Blaha, who corrected unclear note values and incorrect note flags. Additionally, he also added an alto part to balance the harmonies of the piece. The ‘TY Zeeuws Kamerorkest’ played the piece of music with a company of two violins, an viola, a cello and a contrabass.

Notice: It takes a few seconds for the music to load and to be played.

Sjef van Dongen became a well sought after name. As a result, many ‘Sjef van Dongen’- products were created and sold. For example, A. Smith-Van Gils Confectionery Works from Oosterhout made Sjef the face of their sales for ‘Ice Peppermint.’ 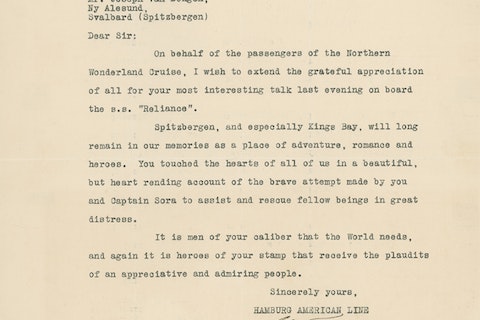 After he was rescued in July 1928, Sjef van Dongen became a guest aboard the cruiseship Reliance. Everyone was deeply impressed by the stories of his heroic deed, even the captain of the ship.